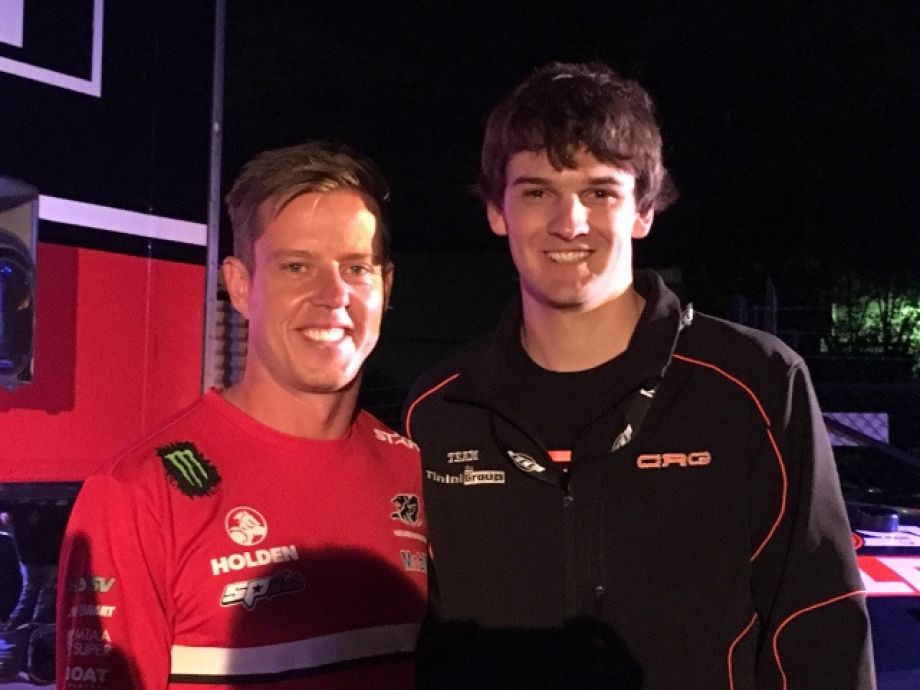 What a thrilling night for our Trent!

Last night Trent and his employer were invited to the V8 Supercar Holden race team event held on the Gold Coast.

This meant our Trent got to rub shoulders with the Holden drivers James Courtney and Garth Tander!

Garth Tander is a multiple-championship winning Australian motor racing driver. Since 1998 Tander has been a competitor in touring car racing series V8 Supercar Championship Series. He was the 2007 series champion for the HSV Dealer Team and is a three-time winner in Australia's most prestigious motor race, the Bathurst 1000. Since 2008 Tander has raced with the Holden Racing Team.

Courtney has raced and was successful in several other categories, most of which are regarded as the stepping stones to Formula One. He was World Junior Karting Champion in 1995 and World Formula A Champion in 1997. Showing Trent that karting can lead to V8 superstardom!

Mobil and East Coast Lubes exclusively invited Trent and his employer as they supply their oils and products for their workshop. They were shown over the 2 cars driven by James Courtney and Garth Tander as well as the transporters they use to transport the race cars to race meets all around Australia.

Trent got to speak with both drivers as well as have his photo taken with James. DGT are proud sponsors of Trent Harders Racing and are so pleased to see him rubbing shoulders and being inspired by the best!