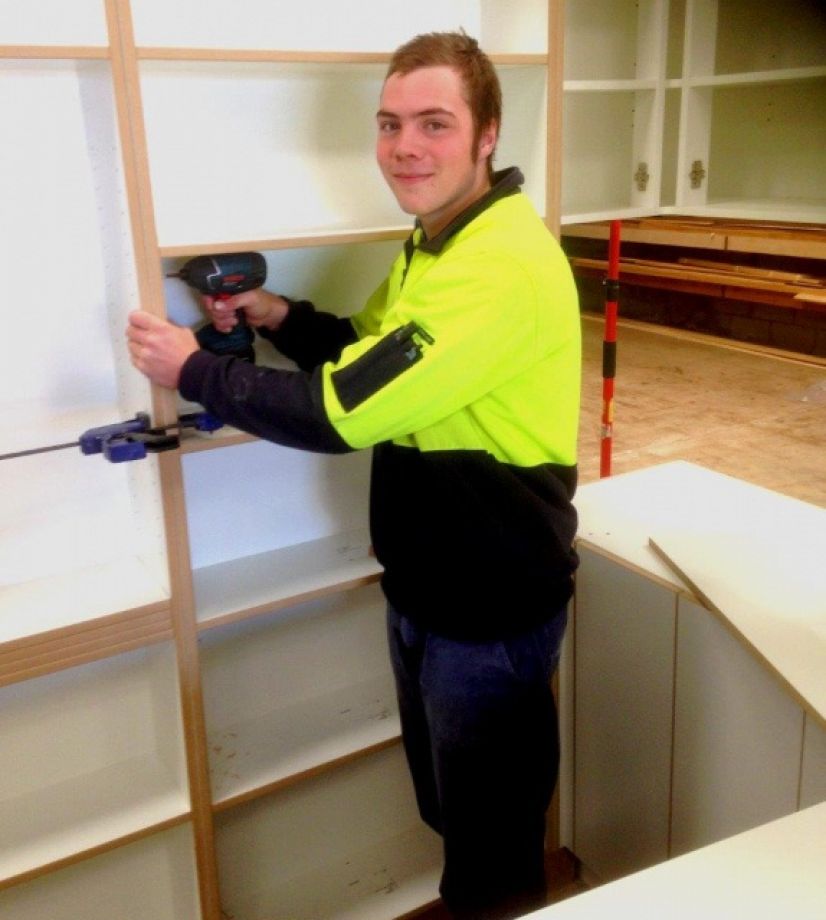 Our Searchfield searching for Skills title!

DGT’s cabinet making apprentice Thomas Searchfield has this weekend been in Brisbane practising his skills in preparation for the national WorldSkills event in October this year.

Thomas first began his cabinet making apprenticeship with Coopers Joinery whilst at school. After receiving guidance and advice from his employment consultant at DGT Mal Harders and with the support of his wonderful host employers Coopers Joinery, Thomas is now incredibly passionate about his trade and apprenticeship.

So much so that he has entered himself into the cabinet making section of the WorldSkills competition being held in Melbourne this October.

Mal Harders his employment consultant at DGT is proud of the decision;

“The opportunity that Thomas has gained in competing in the WorldSkills finals is a credit to his commitment and dedication to his apprenticeship. Both Coopers Joinery management and myself are very proud of Thomas’ achievement and the chance to represent both companies in Melbourne in October as he contests the finals.”

Last week Thomas spent Thursday, Friday and Saturday down in Brisbane for the first stage of preparation.

“We went down and met the trainers and ran through the project we are going to build and what was going to happen. I was there with 3 cabinet makers and 1 joiner and we each do one project, mine is a display cabinet you could use at home.”

Thomas will work to complete his project with the help of his trainers and foreman at work, however there’s a catch;

“In Brisbane, we ran through the details of our chosen project - what I have to do and the skills required, because when we are in Melbourne we have to build the whole project again from scratch over just 18 hours!”

Over 500 competitors from 31 regions across the country will compete in over 50 skill categories including Vehicle Painting, Bricklaying, Hairdressing, Programming, Cookery and of course Cabinet Making. Thomas joins 37 competitors from the Brisbane region and around 30 cabinet makers from around Australia to represent not only DGT but also his host employer Coopers Joinery.

“I just want to go down there, give it my best shot and enjoy the experience. I am in it to have a go, a medal would be nice but more so I am going to have fun and try to complete the project. That would be an achievement in itself” Mr Searchfield said.

David Berghofer his foreman at Coopers Joinery shares his excitement at this opportunity,

“I am glad he is having a go, its good for him to have a go at these things as it lets him see different cabinet makers at work and broadens his field a little bit. He will learn many things and this is his first opportunity to get down to Melbourne - which he hasn’t visited previously”

The team at Coopers Joinery including Greg, Meryl and David are all happy to have such a lovely and ambitious apprentice on board.

This week Thomas is off on a 4WD holiday for some rest and recuperation before setting his sights on the task at hand in October.

We will be following Thomas’ progress through his journey on the way to his national competition debut.

To register for an apprenticeship or traineeship click here.