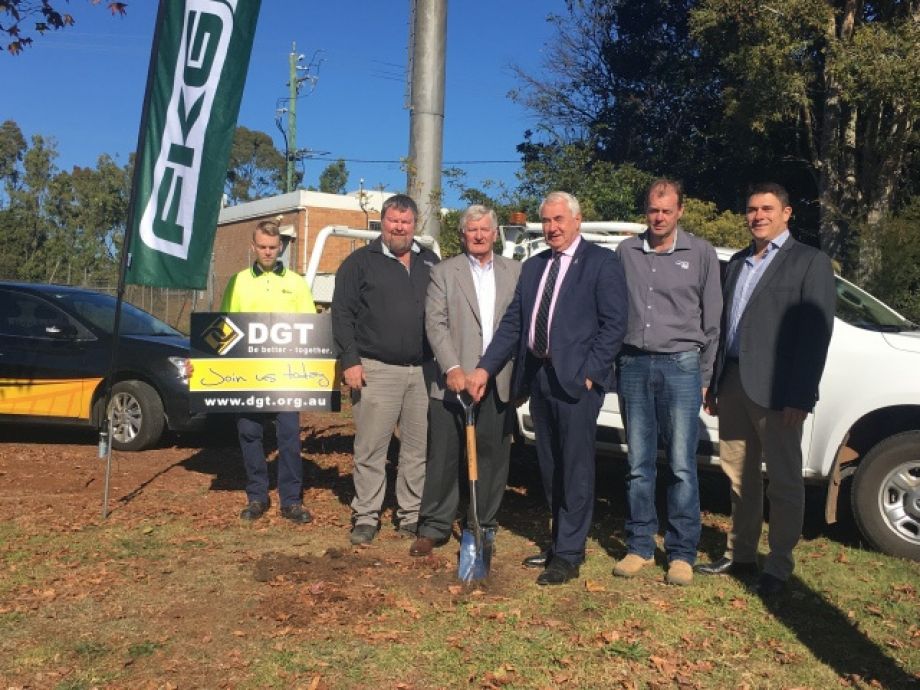 Mayor Paul Antonio helped DGT turn over a new chapter in their history with the groudbreaking ceremony for their new premises at 56 Duhig Street today.

The sod-turning ceremony, also known as a groundbreaking ceremony, officially marks the start of DGT's newest building project for the all new fully centralised offices at 56 Duhig Street.

Following the complete renovation and opening of the all new DGT Training Centre last May the offices will accommodate all of the DGT team and further complement the operational ability of DGT's training facilities.

CEO Darren McDonell was thrilled to get to work saying;

"This is stage 2 of the DGT development after the training centre was officially opened last May. With DGT student enrolment numbers increasing by around 30% in the last twelve months it is important to have all of the DGT team on site to cater for the greater demand and to increase operating efficiencies. It is a real credit to our team that we have achieved such wonderful employment and training outcomes for our students and community, now we can continue this honour whilst being most well equipped to do so."

DGT have once again partnered with FKG who completed Stage 1 of the all new training centre last year.

It is an important occasion for DGT to acknowledge our place in the community and our reputation for quality training and support. The tradition of the sod turning ceremony for DGT is symbolic of setting a successful trajectory for the new offices.

Pictured at the ceremony is a DGT trainee, Athol Gossow from FKG, John Blakeney Chairman of the Board for DGT, Mayor Paul Antonio, Glen Johnstone from FKG and DGT CEO Darren McDonell.