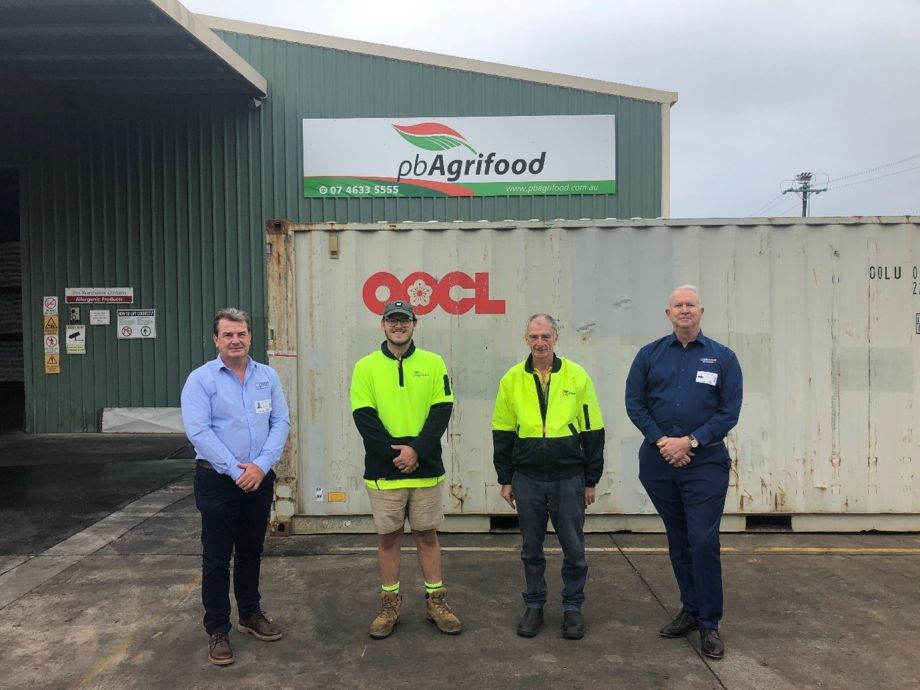 Dylan registered for the AgFood Connect program in November 2020, he quickly exhibited the work ready attributes required and was deployed in a labour hire role with DGT. On completion of the work Dylan undertook a high-risk forklift course with DGT, successfully gaining his license. Now qualified and work ready, Dylan was a natural fit for PB Agrifoods. DGT working in conjunction with Golden West Apprenticeships were able to secure Dylan an interview for a Trainee Warehousing role with Golden West as the Group Training Organisation.

“Dylan won the role for himself”, commented Golden West Training Project Manager Darren Smith. The combined work of all three organisations has provided the opportunity for Dylan, however his work ethic and attitude have kept him in the role. “I love working at PB Agrifoods, my supervisor is a good bloke, and my workmates are great to work with” volunteered Dylan. A great result for the program, exemplifying the power of unity, working together to support both community and business, underpinned by the innovative Federal Government funded initiative.